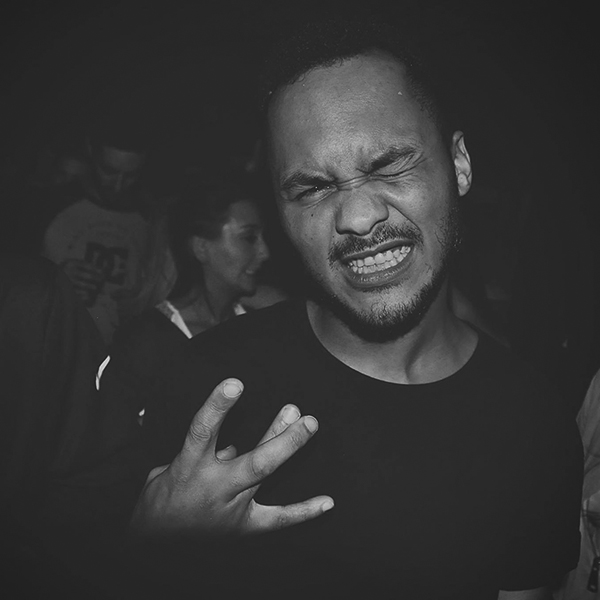 Bredda X started mixing around the age of 16, he had an ear for beatmixing at a young age and enjoyed to be creative with music. In his early years he had some residents in different mainstream spots where he played a mix of Hip Hop, R’n’B, Disco, Funk and Dancehall.

In 2003 he went hardcore into Dancehall and in 2004 he started a sound called “Samurai Movement” who with Bredda X on the decks (back in the vinyl days) was known for extremely energetic sets. Due to different goals his MC at the time left the sound and Bredda X rocked on as a one man sound.

By 2010 he was doubling sets by also playing under the name “Bredda X” back to mainstream bookings and a lot of all nighter gigs. These 8 hr sessions tested him at all levels and it is here he started taking up the mic during his own sets. Soon he got invited to host for colleagues and events on a regular basis. During these years he was also a part of a Dancehall radioshow crew in Ghent spreading Dancehall/Reggae in Belgium.

After linking up with Regulator – a childhood friend – he couldn’t ignore the fire this combination was making and they started TwinRoot around 2014. Bredda X shared his knowledge and skills with Regulator and Regulator was a very fast learner, so fast that Bredda X had enough confidence in him to let him take the controls.

Currently the TwinRoot setup depends on the duration of the set. On everything less than two hours Regulator will be mixing and Bredda X on the mic. On longer sets they will put up a double setup and both will be mixing and hosting, taking things to the next level.

X his number one goal has always been promoting music but especially Dancehall/Reggae in all possible ways, there have been numerous concepts over different regions in Belgium of his own production or where he has had a hand in and it’s not done yet.

Next to playing and promoting music it has been a long dream to contribute to making music, after mastering different techniques thru the years and a lot of bedroom productions he hopes to come out with some homegrown productions in the near future.

Book us for your event

Booking fees may vary depending on venue and type of event. Feel free to contact us thru this form for more information. We will contact you asap.