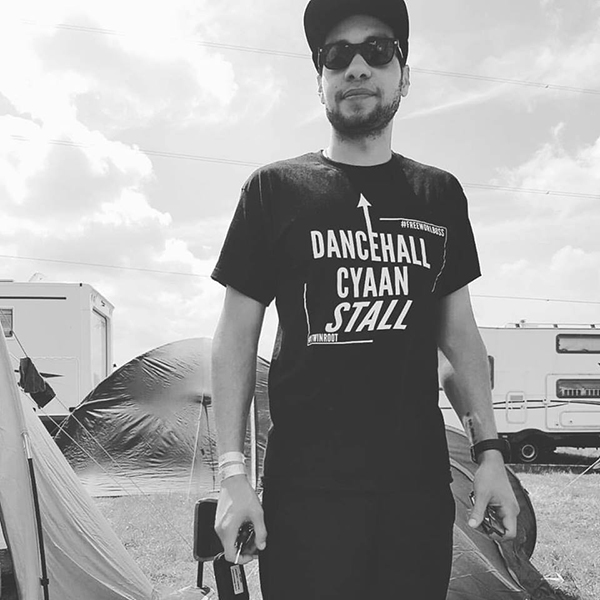 Regulator was a big music fan from day one, especially Hip-Hop during his teen years.
You could even catch him doing some fire freestyles on the go.

He was introduced to real Dancehall during his family visit’s to Jamaica. Back in Belgium he was always present at Danceahll party’s, especially the mad Decadancehall bashments at the legendary Decadance club in Ghent. Regulator was always up for a party, but at the same time really interested in what was going on behind the booth, always paying attention. His music collection and knowledge grew and he started mixing at home with very basic gear, getting to know the technical sides of mixing while further expanding his music collection.

Regulator and Bredda X knew each other from back when they was little kids. Being about 3 years apart in age and moving to different cities they lost track of each other in their early teen years. They reunited after losing sight for about 10 years at Dancehall party’s where Bredda X was mixing in Ghent.

Linking up regulary at home Bredda X noticed how Regulator took up mixing without asking for favors or pointers but any pointer Bredda X would give him he adopted it fast and very easily. This led to a fast evolution in his skills, so fast that when they decided to start TwinRoot, Bredda X had no problem taking up the mic and leavin the mixing to Regulator. Because of the linkup, when playing they are in sync, one knowing what the other is about to do at almost any point.

The combination of the young fire in Regulator, the long track record and experience of Bredda X in the scene led the to start and rise of TwinRoot.

Thanks to supportive massive and promotors they have been able to showcase this fire and would love to keep sharing this crazy vibe when that bass hits.

Book us for your event

Booking fees may vary depending on venue and type of event. Feel free to contact us thru this form for more information. We will contact you asap.